Deploying and running AOSP on Windows with WSL2 -part 2

Part 2 of this post is what to do with the created images from my AOSP build and how to run them on the Windows emulator.

Now, while doing this, or later, you'll run out of disk space with AOSP, so instead of waiting for a build to fail, do yourself a favor and increase the size to 300GB+ now, follow these instructions to do it:
https://docs.microsoft.com/en-us/windows/wsl/vhd-size

Make sure you're building AOSP for the Windows emulator.

Instead of the default lunch, change lunch to a Windows compatible generic emulator build 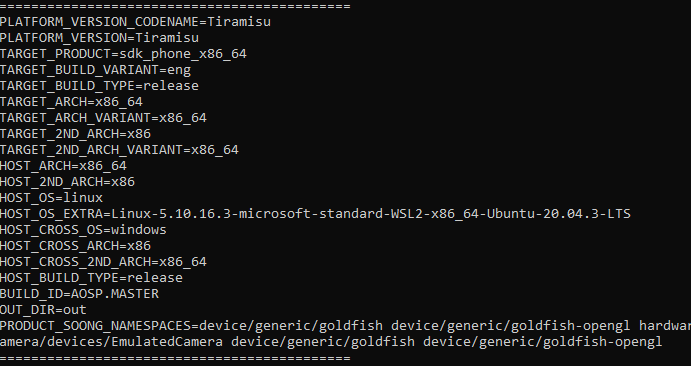 Then run m as usual

Make the SDK/ zip files with the image files

In order to make image files that can be moved out/ used by "other computers" (the windows emulator), run

This command refused to work on my old computer, dying every time from lack of resources, but passed fine when I got a new computer and gave wsl 20GB of RAM, happy compiler!

When this pass, you'll end up with some zip files in your \\wsl.localhost\Ubuntu\home\<user>\<aosp_dir>\out\host\linux-x86\sdk\sdk_phone_x86_64 (you can see them with windows file explorer)

Now remember we can't actually run the emulator on WSL, so we need these files to be able to be used by AVD on Windows, so create a folder tree under the installed Android Studio SDK folder in Windows (it would be in <User>/AppData/Local/Android/sdk)

Complete manually (create folders) the tree parts that are missing:
system-images/android-<pick dev version, currently 31>/google-apis Then extract the contents of the zip file into this last folder

Go to AVD, and create a virtual device, then click "New Hardware profile" at the bottom and the defaults are fine. 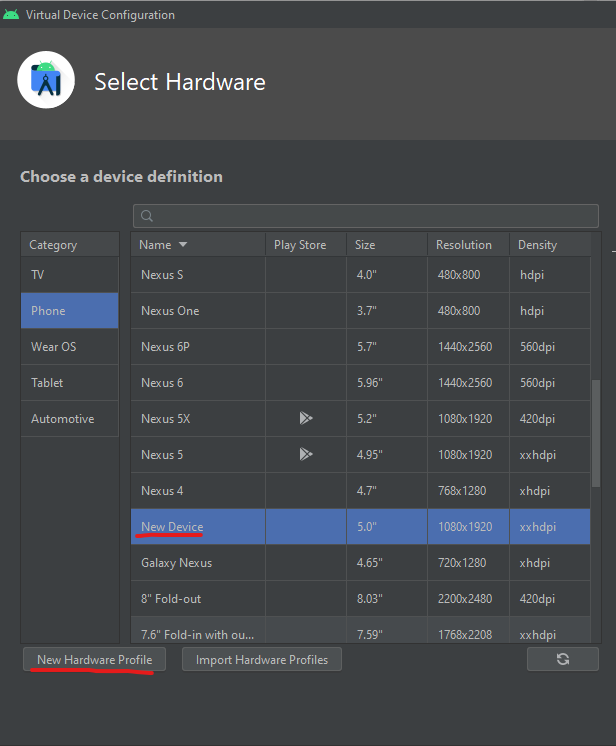 Find the system image in the list, and select it. 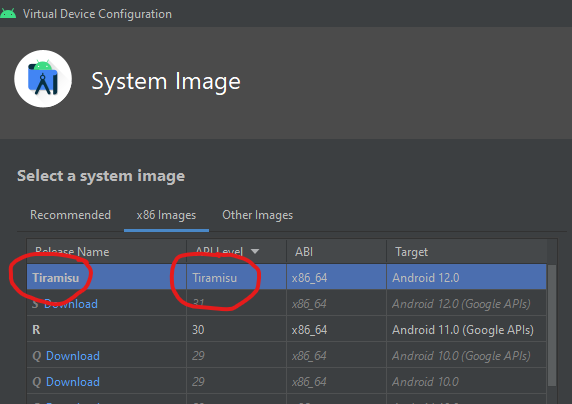 And there it is! Ready to run! 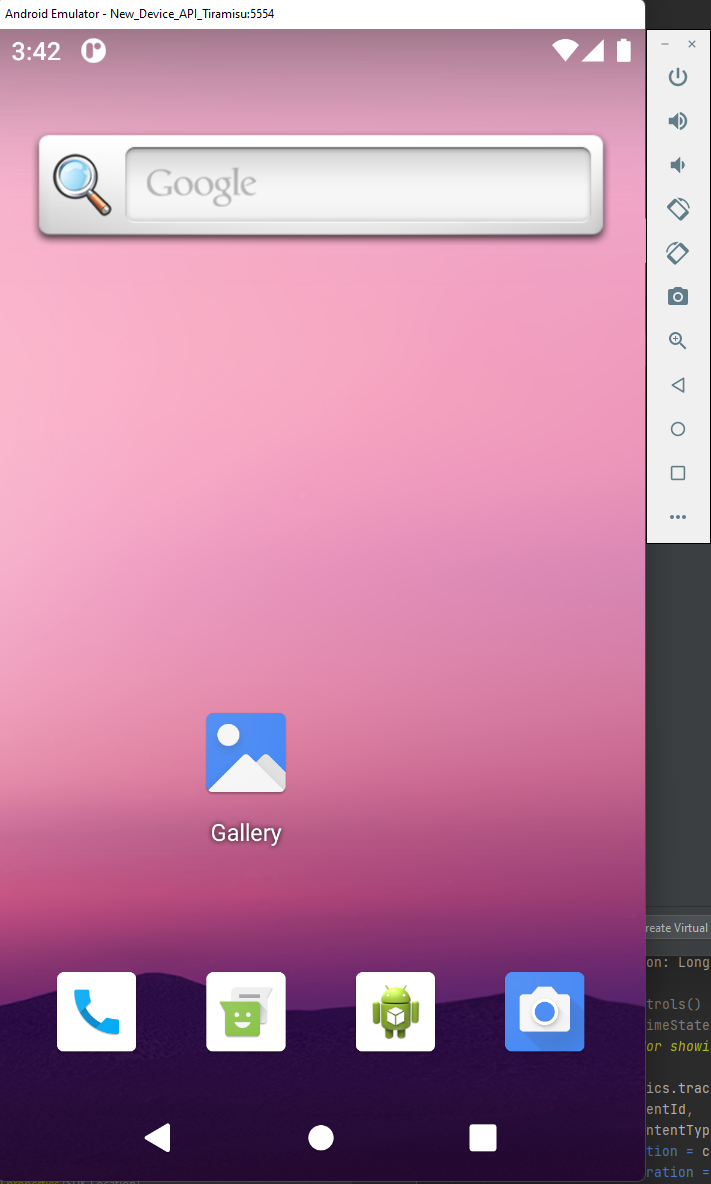